Are you prepared for the Trust Registration Service (TRS) deadline on 1 September 2022?

Here's what trustees of a UK or foreign trust need to know about the Trust Registration Service deadline on 1 September 2022. … Read more

We cover what common mistakes to avoid when exiting your business. … Read more

Sign up to part three of our trustee training series now. … Read more 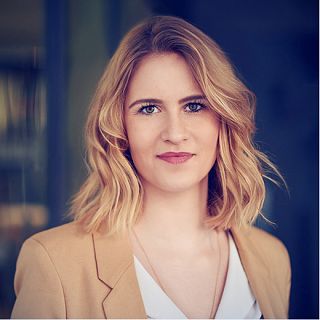 We strive to achieve the right outcome, offering affordable advisory services and a transparent approach, making us your preferred choice for independent specialist tax advice. But don’t just take our word for it, read our client case studies and testimonials below.
Testimonials

"I’ve worked with Mark on a number of tax related issues concerning my clients over the years. Not only is Mark a team player, his intimate knowledge of the inner workings of HMRC and his ability to anticipate issues in advance gives my clients a valuable edge. He is my first port of call when HMRC related issues arise."
Jason Mansell – Barrister, QEB Hollis Whiteman

“We’ve used Mark in the past on a complex investigation matter. Being based in Birmingham, we were hesitant using a London firm, however, he was superb. He and his team got a £135k liability reduced down to £3k through their unique knowledge and understanding of HMRC.”
Marco De Vincentis – Accountant

“From the moment Mark and his team were on board, everything changed. The pressure I was under seemed to lift. I will never forget how they treated me with personal kindness; even taking calls from me out of office hours whenever I was feeling worried. I can’t recommend Mark and his team highly enough.”
Client

“The team at Buzzacott filled me with confidence with their extensive knowledge and experience, which was of great comfort to me at a very challenging time. They helped me work towards a solution in a proactive manner and I felt their honest approach in dealing with the enquiry was excellent. I would happily recommend Mark and his team to any of my contacts.”
Client

“They were very professional and took the time to understand and assess my position fully and fairly. They took away the stress of dealing with what could have been a very unpleasant situation. The work they did finally resulted in a positive outcome. I can’t praise their professionalism high enough.”
Client

Case study one: How a financial gift led to accusations of committing serious fraud

Husband and wife David and Charlotte* were at a loss as to why HMRC Fraud Investigations Service (FIS) had issued them Code of Practice 9 (COP9) accusing them of committing serious fraud. Here’s how we helped.

Exploring why they were under investigation

David and Charlotte sought help from our specialist Tax Investigations & Dispute Resolution team as they were confused as to why they had received a letter from HMRC and wanted advice on how best to resolve matters. We established that Charlotte had received two gifts from her father - £580K in February 2009 and £575K in April 2016. Given her father was UK non-domiciled we suspected the source of these gifts may have originated from overseas, meaning any tax exposure could be considered offshore non-compliant and caught by the Requirement to Correct (RTC) provisions.

The couple had both taken advice regarding the first gift which confirmed there were no UK tax implications but had not sought advice for the second gift, assuming the same situation applied. Given this, we believed their behaviour was, at worst, careless and advised them to reject the COP9 offer as behaviour must be deliberate to accept. This went against other advice they had received elsewhere.

David and Charlotte followed our advice and rejected the COP9 letter while we advised HMRC FIS the couple would be fully engaging in the COP9 process.

Our work established the second gift came from a Panamanian trust and was exposed to Transfer of Assets Abroad (TOAA) legislation. We advised HMRC FIS of the gifts and outlined potential exposure within the customary 60-day period to accept/reject. We collated all necessary evidence and delivered a report that confirmed the first gift was non-taxable and the second gift was taxable by virtue of TOAA legislation, all supported by witness statements from the clients and the trustee, accountant and solicitor that dealt with the trust. The report, which drew on expertise from our Tax Investigations & Dispute Resolution team, our Private Client Trust team, and Laurent Sykes QC, concluded that David and Charlotte’s position was non-deliberate.

Despite an almost two-year investigation, HMRC FIS accepted the report in its entirety without challenge and agreed Failure to Correct (FTC) penalties of up to 200% would not apply given our outline within the initial 60-day period. HMRC FIS accepted David and Charlotte hadn’t deliberately evaded tax and agreed to the suspension of all penalties.

Our support of David and Charlotte is not atypical of our tax investigation clients. Through careful listening and probing we were able to identify the potential issues and exposure. Throughout the two-year process we gave them emotional support too, particularly as Charlotte lost her father at the outset of the investigation. The partnerships we have with other experts also helped to achieve the best-case position for our clients.

“We couldn’t have been represented by more dedicated professionals. Moreover, professionals with humanity and compassion. You really took care of us and guided us through some very dark times – and made us laugh! And for that we will always be grateful.”
Client

Case study two: Correcting deliberate behaviour in the most difficult of circumstances

This case shows how we go above and beyond for our clients helping a married couple, of which the husband had a severe mental disorder, to correct their tax liabilities.

Husband and wife Ben and Sarah* were already in the initial stages of an HMRC local compliance investigation in respect of their investment property portfolio when Sarah approached us. She was looking for advice as Ben had always managed and controlled the portfolio until in recent years when he’d developed Alzheimer’s disease.

Sarah, herself suffering from a heart defect, confirmed that there were historical undeclared rental income and capital gain irregularities because of deliberate behaviour on the part of them both. However, as she began to take control of financial responsibilities, the tax irregularities she uncovered were worse than she had thought and so Sarah had been attempting to regulate matters on a going forward basis.

While Sarah wished to make a disclosure to HMRC, Ben’s mental capacity was such that she feared he could not instruct us. We arranged for Ben’s mental capacity to be assessed by leading medical experts and it was determined that he indeed could not. As a result, we introduced Sarah to a specialist solicitor so that an application could be made on Ben’s behalf to appoint a deputy to represent his interests. This also ensured that Sarah was protected from accusations of acting against her husband’s will.

Given their behaviour was deliberate in this case, we voluntarily applied for Code of Practice 9 (COP9). While we couldn’t be appointed by Ben, our application was carefully prepared to explain the special circumstances and protect his position, as well as Sarah’s.

HMRC Fraud Investigation Service (FIS) assumed responsibility for the case and confirmed acceptance of Sarah’s COP9 application, meaning she could make a full disclosure without fear of criminal repercussions. HMRC FIS also confirmed they would look to establish Ben’s exposure and confirm his liability through the civil process and would not be considering a criminal tax investigation.

We are presently at the settlement stage of the COP9 process with figures being calculated for agreement. The solicitor looking after Ben’s interest has confirmed agreement and acceptance of the work done and has no concern that his estate is being improperly diminished by virtue of the HMRC settlement.

When presented with a situation like this, our aim is to primarily act ethically and ensure everyone’s best interests are looked after. While it might have been easier to wait for when Ben was having a ‘good day’ to sign the authorities and thereafter just deal with Sarah, Ben’s medical assessment ensured that we did the right thing for both of them.

The values we identify with, the consistency of our advice and our ability to tailor-make solutions means Buzzacott can be trusted to do the right thing. For you and your family.

Here, we help a client who had concerns regarding his offshore activities to correct any irregularities and avoid penalties by making a complete voluntary disclosure to HMRC.

In 2019, we were approached by Harry*, referred to us by his lawyer, who had concerns regarding his overseas businesses and activities. His queries related to the potential impact of recent legislation targeted at irregularities relating to offshore income and assets, while he also believed his domicile position could have potentially changed since obtaining advice several years ago.

We reviewed his domicile position and confirmed that any change would not affect his tax affairs as he was currently declaring his worldwide income and gains. After this review, we assessed his general affairs, with a view to disclosing any potential discrepancies in his tax filings. Through this exercise, we discovered undeclared benefits received from his overseas company.

We advised the simplest way to resolve this particular discrepancy was via the online disclosure, HMRC’s Digital Disclosure Service. Harry agreed to this approach, and we substantiated that his behaviour did not warrant the imposition of a penalty, and filed the disclosure accordingly.

The disclosure was accepted by HMRC within two weeks with no further questions being asked. Following the completion of the disclosure and using our services, Harry shared his experience of working with Buzzacott:

“I met with Mark Taylor and Barbara Bento who quickly understood the issues. Subsequent to this, Mark and Barbara recommended a course of action. Much of the detailed work was carried out by Antony Greenwood who was both responsive and clear as to what was required. Buzzacott liaised with HMRC who subsequently accepted Buzzacott’s proposal within days. I am delighted with the service I received.”

The importance of finding an adviser you can trust

HMRC change decision regarding suspension of a careless penalty

The HMRC tactics for unrepresented taxpayers

Buzzacott’s Tax Investigations and Dispute Resolution team has been honoured as the ‘Best Tax Disputes/Investigations Team’ at the prestigious Tolley’s Taxation Awards 2019. These awards recognise the achievements and talents of remarkable individuals and teams across the entire tax profession.

We can guide you through the process and act as your representative and agent, ensuring you have minimum contact with HMRC and safeguard your best interests. 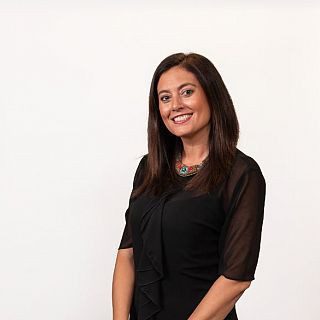 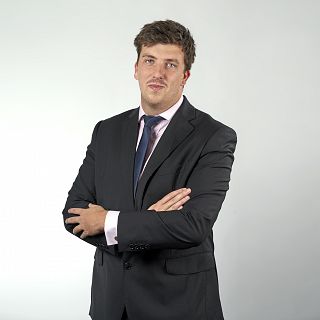 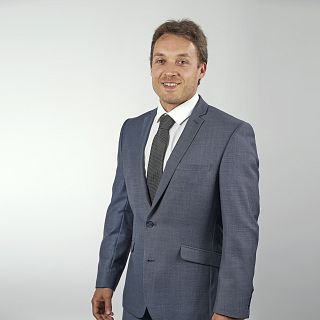