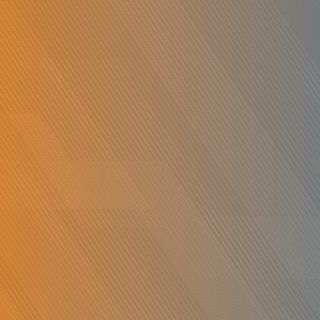 With Brexit continuing to hang over us, the Budget 2018 was presented in a positive manner but will this lead to a Spring Statement or an Emergency Budget next year?

According to the Budget 2018 document, “the Government is committed to keeping taxes low…. and to provide businesses with an environment in which they can grow and create jobs”. It was with the usual cheers and jeers that the Chancellor delivered his Budget speech and it was with the usual scrutiny that we discovered the detail once he sat down. Our legislation is about to explode once more.

The Income Tax Personal Allowance will increase to £12,500 with the higher rate threshold to £50,000 for 2019/20, which is a year earlier than targeted. Despite speculation, there were no changes to the tax relief for pension contributions and the ISA limit will remain at £20,000.

There was speculation that the Capital Gains Tax incentive designed to encourage entrepreneurs and investors into their business ideas would be significantly changed or even scrapped. However, it was seen to be key to the stated commitment to businesses mentioned at the beginning of this overview and so it was merely tweaked to ensure that it was better targeted by increasing the ownership period to two years.

The Annual Investment Allowance will be increased fivefold for two years from 1 January 2019 to £1m per year while relief for spending on longer-life assets will fall from 8% to 6% with a balancing 2% allowance for ‘structures and buildings’ spending (déjà vu?). Relief for spending may also extend to the goodwill paid on buying a business, but watch this space.

For businesses that incur losses and who pay interest, the relief for which can be restricted in some circumstances, there are to be some technical revisions. Again, watch this space. On top of this, relief for capital losses will be restricted from April 2020.

In advance of global agreement on how to tax the large global tech firms, where value is generated in the UK, the firm will be charged a 2% Digital Services Tax on their relevant revenues. Add to this a change in the definition of a Permanent Establishment and changes to the Diverted Profits Tax regime and the goal of ensuring that ‘local’ real profits are taxed locally is getting closer.

Already announced in the draft Finance Bill 2019 in July were a host of tax free benefits concerning electric vehicle charging facilities, use of emergency vehicles and travel cost reimbursement along with new rules for taxing the cost of employer provided cars and vans.

The recent focus within the public sector to bring ‘off-payroll’ workers in line with IR35 (the governing rules) will be shifted to the private sector from April 2020. The aim is to ensure that those who, for all intents and purposes, are ‘employees’ are taxed as if they are employees with the associated PAYE and National Insurance Contributions payments.

From April 2020, to keep the UK attractive, there will be changes to the way short term business visitors are kept outside the PAYE regime.

Where to start….. this is an area of significant change (as it has been since Finance Act 2013 with the introduction of ATED).

For a non-UK resident, selling any UK real estate or an interest in a ‘property rich entity’ for a profit will give rise to a Capital Gains Tax or a Corporation Tax charge, as appropriate. This has been in place for residential property in various forms since April 2013 but will now apply to all owners and forms. The most exciting part will be that the Tax Return will need to be submitted and the tax paid within 30 days of the sale, which will also be the case for UK resident property owners of UK residential property.

For any non-UK resident companies that rent out UK property, they will be brought within the Corporation Tax net from April 2020. This has some positives (e.g. the rate will be 3% lower) but the Corporation Tax rules are different and the obligations for reporting are too, which means that most offshore fiduciary service providers who do their own SA700 Returns will either need to engage a Corporation Tax specialist or invest internally.

SDLT relief for first time buyers will be available for buyers of shared ownership properties up to £500k as well as being backdated to 22 November 2017 for those who would have qualified had the rule been in place. On top of that, next year, there will be a consultation on a further 1% surcharge for non-UK residents buying UK residential property.

If you sell your ‘main residence’, very often any profit you have made is entirely outside the Capital Gains Tax net. However, if you struggle to sell your house after moving out, you are given some leeway. This used to be three years, but was slashed in half and will now be slashed in half again. Not great if the property market is slow and you are forced to move before you can sell. In addition, relief for any period during which you rented the property out will be restricted significantly (watch out those of you in Wimbledon!).

The additional relief from 40% IHT provided when you transfer your home on your death is already complex, but there will be an additional complexity if you gift your home before you die but continue to live it in.

For a non-UK domiciled individual who becomes UK domiciled and adds property to a trust they created before becoming UK domiciled, the IHT treatment will be clarified (i.e. it is taxable). Is this really news?

Along with increased funding and possible relief with the fall in Business Rates, the Small Donations Scheme limit and the Small Scale Trading Exemption limits will both increase by at least 50% (to £30 and £80,000 respectively). There will also be some relaxation of the paperwork requirements for the Retail Gift Aid Scheme and a more generous limit on the value a donor can receive from the charity.

Read our full overview on how the Budget will impact the charity sector here.

For any businesses who buy, sell or redeem vouchers, their VAT position will change from 1 January 2019. Meanwhile, those who provide insurance services to UK based customers through non-EU organisations (referred to as ‘offshore looping’) will be prevented from reclaiming the VAT.

Reverse charges will be amended to avoid the charge being added to a business’ taxable supply, which could take them over the reporting limits but for those in the construction industry, you will be required to apply a reverse charge where you provide certain services to other construction service providers who onward supply the same service.

There will be a new points based system in determining your penalty if your tax return is late. Points will accrue and fall off your record over time with penalties being charged if certain levels are hit.

On top of that, the Requirement to Correct lives on (only wider)! For those who don’t know what RTC was, basically if you did not repair historic tax under reporting relating to anything ‘offshore’ by 30 September 2018, you expose yourself to a penalty of up to 200% if it later comes to light. These new rules bring this into the everyday realm. If you do not submit a relevant return on time and that failure is a deliberate act to withhold information from HMRC relevant to your tax liability, you open yourself up to a penalty of up to 200%.

In July 2018, the draft Finance Bill 2019 introduced time limits for HMRC to be able to look into historic tax errors. Where there are no ‘offshore’ aspects of any sort, the historic limits can be as low as only the last four years (e.g. where the mistake is entirely accidental despite advice), but quite often are realistically the last six years (i.e. when the mistake is due to carelessness). However, under the new powers, HMRC will be able to look back 12 years if there is an offshore connection. For anyone who operates using ‘offshore’ structures or platforms, advice should always be taken but now it will be insane not to. It will be interesting to see how this is dealt with in reality given that records are not required to be kept that long and it will be interesting to see whether they actually have any teeth given that these rules will not apply where information was provided under the new global information sharing protocols.

There was a lot more to this Budget than first met the eye, including the draft legislation published in July. A lot of it is tinkering at the edges but the large tech firms may be surprised while those who invest in UK property may well be used to constant changes but will still be surprised by the short deadlines. As for submitting your tax returns and HMRC’s powers and penalties, the pendulum continues to swing too far with HMRC not being held to account in the same manner that a taxpayer is. The theme appears to be that the taxpayer is given very little time to have their tax affairs in order while HMRC are given increased time to check with enormous penalties.

26 April 2022
Electronic Sales Suppression (ESS) – New HMRC powers
With the UK government taking steps to tackle the use of ESS tools, we look at the issues that might emerge. … Read more