Good news: Employees are entitled to relief on the costs of working from home. If you’ve been required to … Read more

How can commercial landlords adapt to the changing demands of their tenants?

Phil Westerman speaks to Property Week about the shift in the balance of power between tenants and landlords. … Read more 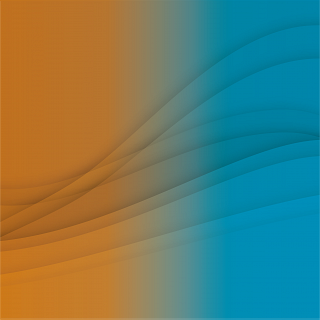 Offshore and CRS: Yet more to worry about for the ‘good guys’

The burden on ‘offshore’ service providers and their advisers is already monumental but it is about to get bigger and more serious.

There are, no doubt, some questionable advisers and service providers still in existence, but they are in the significant minority and the ‘good guys’ steer clear of them. So, for the rest of us, here is yet another thing to understand and protect against the potential risks while trying to maintain a high quality service that stays well within the rules.

Thankfully, I cannot see that Buzzacott are even close to providing advice that is the target of the latest OECD paper, “Model Mandatory Disclosure Rules for CRS Avoidance Arrangements and Opaque Offshore Structures”, however, I have some concerns which I’ll outline below.

The aim of the new Mandatory Disclosure Rules is to provide tax authorities with information on ‘arrangements’ that purport to circumvent the Common Reporting Standard (“CRS”) (called “CRS Avoidance Arrangements”) and on structures that disguise the beneficial owners of assets held offshore (called “Opaque Offshore Structures”) within 30 days of their respective use.

An arrangement circumvents the CRS where it avoids the reporting of CRS information to all jurisdictions of tax residence of the taxpayers, in a way that undermines the policy intent of the CRS and an Opaque Offshore Structure involves the use of a passive entity in a jurisdiction other than the jurisdiction of tax residence of the beneficial owners and that disguise their identity, which may include the use of nominee shareholders.

The information required to be disclosed includes details of the taxpayers using the arrangements and those involved with their design and set-up (i.e. lawyers, accountants, financial advisors, banks and other service providers), with obligations on all parties to report.

The penalties for a failure to report will be both monetary and non-monetary. The suggested monetary penalties for “intermediaries” are a percentage of the fees received for the work set at a rate that removes any economic incentive (presumably at least 100%). The suggested non-monetary ones include taking action to prohibit the “intermediary” from providing professional services any more.

The Trust Registration Service was recently introduced in the UK under requirement of an EU directive. However, the UK’s regulations went further than required and the actual registration service demanded information that even the regulations did not require to be provided.

It is this lack of oversight or control over the Government that gives rise to concerns here because this ‘sledgehammer to crack a nut’ could easily be abused in an attempt to force “intermediaries” to report far more things than the OECD has targeted.

Watch this very carefully and feedback whole-heartedly on any consultations.

We'll be keeping an eye on this and will let you know as soon as any developments take place. In the meantime, if you have any questions or concerns and would like advice tailored to your situation, please do not hesitate to speak to your usual Buzzacott contact.

Event overview - R&D: How to keep HMRC (and your bank balance) happy
Last week I had a really interesting round table discussion with a group of London’s most innovative… Read more

12 March 2020
Spring Budget 2020: what do you need to know?
Newly appointed Chancellor, Rishi Sunak, delivered his first Budget speech today, the first opportunity to set out the… Read more