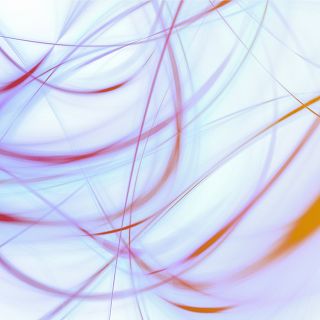 What HR issues will you need to tackle in 2018?

To help you settle back into the swing of things following the festive break, we’ve created a brief overview of the HR issues employers will face in 2018, and examine the uncertainty around employee relations issues and their impact.

The gender pay gap regulations mean that all employers with more than 250 employees are required to complete and publish a Gender Pay Gap report, based on a “snapshot” as at 5 April each year. For most government departments, local authorities and NHS employers the relevant date is 31 March each year. The report must be published within a year of this date (4 April or 30 March 2018) and on not only the organisation’s website but also a designated government website. Many organisations have already released their report, with some high-profile organisations being highly publicised, however, many employers are still to publish gender pay figures. Are you one of them?

These regulations come into force on 25 May 2018 and are the largest modification to Data Protection regulations since they were introduced nearly 20 years ago. The regulations will provide greater protection and rights for individuals and their personal data. All organisations need to review why and how they gather and process all forms of personal data of employees, clients, sponsors, donors etc., and will need to amend the information supplied when doing so. A major new element of the regulations is that organisations will now have to prove how they comply with the regulations, not just simply stating they do so. HR departments are heavily involved in the changes due to the amount of personal data gathered from employees, and candidates applying to join an organisation. If you’re still grappling with the regulations, we are running a complimentary GDPR event on 20 February and 6 March.

From April 2018, all non-contractual Payment in Lieu of Notice (PILON) payments will become subject to deduction of tax and National Insurance Contributions to bring them into line with contractual PILON payments. Also, any termination payments above the £30,000 tax exemption level will now be subject to employers’ National Insurance Contributions. These changes will increase costs for employers from April 2018.  If you have employee issues that you would like to solve before this deadline, find out how we can help.

From April 2018, any employer who has been found to have employed illegal workers and been prosecuted successfully by the Home Office will be excluded from claiming the £3,000 allowance for a year. Not only does this apply to the company itself, it will also apply to “connected” companies where one of the companies controls the other e.g. in a group situation. This will put further importance on getting Right to Work checks completed properly and at the right time.

Currently going through Parliament, a private member’s bill to introduce statutory bereavement leave of up to 2 weeks has received government support. Once passed, this legislation will provide parents who lose a child under 18 year olds with two weeks’ paid leave - pay will be at the statutory level. Although the timing of the legislation is uncertain, it is likely to become law in 2018. We’ll let you know as soon as we hear more on this legislation.

Throughout 2018 there will be a range of employment law decisions made which will impact employers. The most important ones going through the legal system in 2018 include the raft of cases surrounding worker status, particularly relevant to the “gig” economy. Appeals expected to be heard in the Uber and the Pimlico Plumbers cases could clarify whether such organisations need to provide employee rights to their “workers” or whether those “workers” are to be deemed self-employed.

The ruling in November 2017 by the European Court of Justice (ECJ) allowing a worker to claim 13 years’ unpaid holiday pay is likely to have a significant impact on future holiday pay claims. This will impact on those cases where worker status is now being challenged legally, such as Uber, Deliveroo and Pimlico Plumbers, and could have substantial financial implications for many organisations. This case also suggests that the Regulations introduced to limit the backdating of claims for unpaid wages to two years may be incompatible with EU law. More on this case can be found here.

It is not possible to consider HR issues in 2018 without mentioning Brexit. Although the government has stated that it will protect existing EU employment rights after Brexit, the current uncertainty in negotiations means that there is still the unanswered question of EU citizens’ ability to live and work in the UK. Recently published figures show that net migration to the UK is down by 100,000 and organisations ranging from the NHS to agricultural producers continue to report increasing difficulties in recruitment. This uncertainty is likely to last through much of 2018.

For more information on changes in employment regulations which could affect your organisation, please reach out to your usual Buzzacott HR Consultancy contact, or speak to: